The developers of the pla-to-earn game, Meta Yoka, announce the launch of a platform, with the opportunity to participate in the game without buying a starter NFT.

Meta Yoka is an SLG game with play-to-earn mechanics for developing NFT pets, combining combat, adventure and collecting, released on Binance Smart Chain. The player has to breed playable Yoka characters and use them in battles.

The game’s developers offer everyone a free NFT character at the start of the game to use to earn native platform tokens, $YOC and $SPICE.

Each Yoka, an NFT character, has its own unique characteristics, one of several classes (warrior, mage, hunter, etc.) and can also be upgraded with found NFTs, skill upgrades and $SPICE tokens. The player controls several NFT-Yoka.

The game features several types of companies, raids on bosses with $SPICE rewards, and a PvP arena, for battles between players.

The game’s economy is based on two tokens – $YOC and $SPICE, based on Binance Smart Chain.

Yoka COIN ($YOC) is Meta Yoka’s BEP-20 governance token. If $YOC holders pledge their tokens, play games, and participate in key governance votes, they will be rewarded. Some key points in the game require payment of $YOC. Players can also play various games in Meta Yoka and earn $YOC through user-generated content plans.

$SPICE is the circulation token of Meta Yoka, and operations such as upgrades and adventures will consume $SPICE. You can earn $SPICE through planetary expeditions and planet guarding. The SPICE paid by users in the game will be mainly used for burning or treasury, and will be rewarded to users through activities and tasks in the future.

The platform has been audited by RD Auditors – https://www.rdauditors.com/wp-content/uploads/2021/12/MetaYoka-Smart-Contract-Security-Report.pdf.

In the future the developers plan to create their own DAO and Metaverse.

If you are interested in this project, you can learn more about it on the official resources:

I have over 10 years of experience in the cryptocurrency industry and have written for some of the biggest publications in the space. I am considered one of the top experts on the topic, and my work has been featured in The Wall Street Journal, CNBC, Forbes, and more.
[email protected]
https://coinnewspan.com

Previous post The crypto-based crowdfunding platform AVOTEO has announced the completion of its private sale where nearly $300,000 was raised. Now the fully doxed project team announces the start of the first phase of its presale and their exceptionally lucrative referral program. 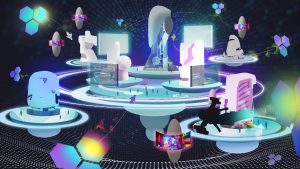 DID, Metaverse, Immersive Experience, On-chain Visualization, On-chain Interaction In recent years, the "metaverse" has become the new consensus of the...

The new features on OKC include IBC transfers, OKC Swap and OKC bridge upgrades Users who hold ETHK on OKC...

Mining of all four Seasonal Tokens started on Sept. 5, 2021. Nine months later, at the beginning of June, the...

Cryptocurrencies are known for their extreme volatility. Unlike traditional markets, crypto exchanges operate round-the-clock, and prices fluctuate wildly within minutes....

NexTech Week Tokyo, one of the largest blockchain summits in Japan, will be held at Tokyo International Exhibition Center from...